Some early first looks and the coronavirus moves in

It's been a couple of months since hearing from the architects. I know things are busy, we've been busy.

I spent some time taking care of a bed bug infestation at my grandma's apartment complex. Which basically just involved me moving her out since the whole building was infested.

Then at the end of February we went to Las Vegas for a photography convention and exhibition.

And now things are dangerous. That was right about the time that coronavirus became a real worry in the states. A nursing home in Washington state had been found to be full of cases.

We got back from Las Vegas and I was sick for a few days. The flu? Hope so. No way to tell since testing wasn't (and isn't) readily available and I'm not a "vulnerable" person. I recovered quickly and quarantined myself the best I could. Nobody around me got sick so that was a positive outcome at the very least.

Meanwhile, Mérida is beginning to take action and shutting down schools and asking non-essential businesses to close or work from home. They're slightly ahead of us in taking action in my home state.

I messaged a few people we know in Mérida, including our architects. Hoping they are doing okay and staying safe and hoping this can pass over us sooner rather than later.

So far, everyone is doing well. Our architects are working from their homes, and they did send us some sneak previews on what they're working on for us.

It's of the back half of the property. Two of the guest bedrooms and the master bedroom area from the outside. It looks great! There are a few things I'm not sure about as far as just design, but I'm sure they can be altered in the future. But nothing is happening now anyways, and it's not really an important thing in life right now. But it was nice to have a little bright spot in these otherwise difficult times.

I'm hoping that we can all pull through this with as little suffering as possible. I certainly don't have any answers to make this better for the people or the businesses that are in danger. Just having the faith in humanity that we do the right things for each other. 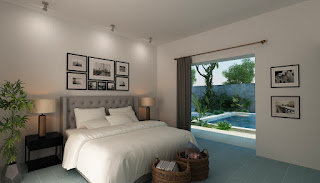 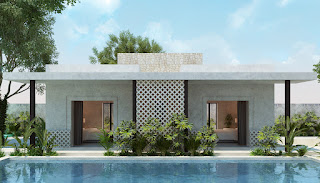 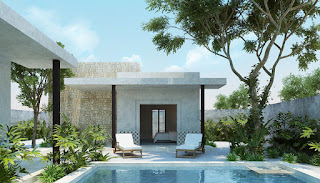 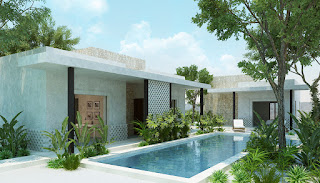 The process of design