When does patience turn to frustration?

The process of designing the house started near the end of November after I paid the fees to the architect and spent $50 to send keys to the lock on the gate to them.
The process was allegedly supposed to take around three months. One month for each phase.
We are seven months in at this point and we haven't even cleared phase 1. 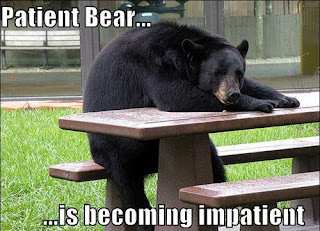 I would understand being behind a bit with coronavirus and Cristobal really putting a hit on things, but coronavirus didn't really start hitting until late-February/early-March. That's three to four months where we should have been done with the process, or at the very least been done with the first phase.
I get that it's Mexico and things work a little more slowly, and I accept that, but we are massively off pace.
I think the part that really hits hardest for me is the lack of communication. One of the reasons we went with the architects that we chose was because they were such good communicators at the time. They emailed right back, they emailed to check with us about things, unsolicited.
They weren't my first choice based on design style, but they won me over with their communication and I thought they would have a passion to work with us on this project. A project they could design from the ground up. I had told Angie that I thought we could bend our tastes and still come up with something great. I was willing to sacrifice a little on the design side in order to work with people who seemed excited and were great at back and forth communication.
The communication dried up pretty quickly, though. I don't like to assume I know what's going on with people and their lives and businesses. I know everyone is busy with things. Early on I watched their Instagram filling up with tours and conferences they were attending. I was very excited for them. My stuff isn't getting done, but they're expanding their horizons a bit more and that never hurts. "Take your time, I want my project done well, not fast," I thought.
And I am still of that mind. If there is a reason it is taking so long, okay. But tell my why it is taking so long. Give me updates on what is happening, even if those updates are "we are working on finishing a project ahead of you."
Anything would be better than the current nothing. Every time they have contacted me, with one exception, has been after I poked them with a friendly and general "how are things?" email. And most of those responses have been "sorry for the delay, we'll have something for you next week."
Without fail, the next week comes and goes with nothing new.
And so does the week after that.
It's hard, because I want to be excited about this process, this is a huge deal for us. I have been saving and dreaming about this (or something like this) for 20 years. So, when it seems like the people you've hired to help you realize this dream don't seem excited, well, it's disappointing.
I've paid for a service, in full (which in hindsight was a bad idea), and so I don't want to have to pester people for information about how it's going. If things are slow or you are behind, fine. Tell me that. Tell me anything. Show me that you are excited about the project, that you have passion for it. Otherwise, tell me to move on and find someone else.
I guess that's where I'm at now. I feel like I'm waiting on a person to call me to take me to dinner, someone I thought liked and cared about me, but they're not calling. Are they doing okay? Did they crash on the way to pick me up? Did they have a family emergency? Or were they never really that into me?
In my mind, I've moved on. Yeah, I've already paid them all of their fees, so they can finish the design. In a year, or five years or whatever, but I'll already have a house built by somebody new. I'm not going to be waiting by that phone for them to call me anymore.
It sucks because I spent a lot of money on something I'll never use, but I just want someone to be excited about working with me.
So, I've flirted contacting a different architect firm. They were actually my first choice as far as design goes. My architectural soulmate, if you will. The only reason we didn't go with them was because they forgot about the meeting we had set up with them in November. We showed up and then waited for half an hour for someone to breathlessly come running into the room to meet us and then seem surprised that we wanted to meet. Dude, we had this set up a week in advance!
I knew they'd do an amazing job, but I also felt like I'd have to poke them constantly to see where things were at. That's why it seemed like a no-brainer to go with our architects.
Yet here I sit, poke, poke, poking away at them.
I don't know what my timeline is for my patience to turn to frustration to turn into moving on. I originally set a deadline in my mind that if I hadn't heard anything new by the end of June I was moving on. Well, the end of June is five days away.
With coronavirus still a struggle down there, I'm not sure it matters a lot if I hurry up and try to hire the other architects. Am I just stepping out of one line in order to step into the very back of another?
Maybe I just need to exercise more patience, but ultimately I just wish someone was as excited about this project as I am.

The process of design

A few days in Merida and the Showcase of Homes